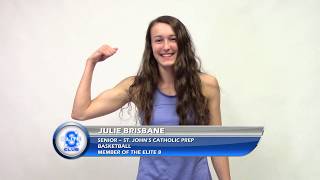 Julie Brisbane’s dreams of playing collegiate basketball began early — she started playing in third grade and has been serious about it ever since. “She did a bunch of stuff, soccer, lacrosse; I think she even did a little bit of gymnastics,” says Julie’s father, Keith. “But once she played basketball that’s all she wanted. In the summer she just wanted to go to basketball camps.” Or as Julie puts it, “It just stuck with me and I kept playing.” She “wasn’t very good at first,

The TRUTH About Getting FASTER, Athlete

Get FASTER. That is what athletes want. But 99% are doing it ALL WRONG. And here is why... ​ How fast can your athlete CURRENTLY run? About as fast as the engine allows it to go. Maybe you have a Honda Accord. Maybe a BMW. Maybe a Ford F150 (sorry Chevy people). Regardless of the kind of car you drive, it can only go as fast as it can go. Put the pedal all the way to the floor, and it may top out at somewhere around 110 like my Hyundai Sonata (Note: I have never floored it no