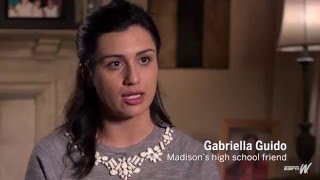 The PERFECTIONIST Trap (Athlete/Parent Must Watch)

When parents, peers/fans, and coaches knowingly or unknowingly place an athlete on a pedestal, that athlete does everything they can to keep from falling off. That athlete begins to fear that they will no longer be liked as much, valued as much, or accepted if they fall off the proverbial pedestal that we as “sports fans” place them on. The begin to place their internal self-worth in their sport and their athletic ability. Do you believe those 3 short paragraphs above to be t

Kids Become What We TELL Them They Will Become (Leader Lesson)

Last weekend I was having a conversation with a 17 year old girl who is about to enter into her freshman year of college. She was scared, nervous, not super excited, and lacking self-esteem and confidence. I asked her how she was feeling about college. She replied, “Nervous. I feel very unmotivated right now. I don’t know why. But I feel a little lost.” Like most teens who are climbing towards their upper teen years, she was asking the question, “Who am I? Why do I matter? Wh 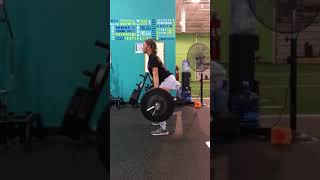 For 16-year-old Abigayle Perry, there’s never been much doubt about what she’s wanted to do when she grows up. “I’ve always wanted to play college softball,” she says. “It’s been a dream since early on.” Naturally athletic, Abigayle initially tried gymnastics and cheerleading, but after trying T-ball at age five, something just clicked. “I don’t know what it was about it that stuck with me,” she says, “but everything about it was fun.” But it was a serious, competitive sort o

What 99% of Parents & Athletes Know, but Don't Practice

Are sports being valued to highly? Do we maybe take them a LITTLE too seriously? Stick with me on this...we have helped now more than 50 college athletes get to and become successful at the next level. Many are on D1 scholarships...they are thriving, starting, and making an impact on the team. AND more importantly, most of them are part of the 10% of college athletes who are actually happy. This approach works. If we stopped making sports bigger than they actually are... Woul

Sick to my stomach!

I’ve been a little sick to my stomach since 1:45 pm Saturday afternoon. I had just finished up a Mindset Performance Workshop with a group of young athletes and was talking an athlete and her parents. I noticed during the workshop that this young 14 year old was upset. I found out that earlier that week, her coach mentally and emotionally tore her down. He threw an object at her (not a heavy or hard one, but that’s not the point), and yelled at her. I won’t go into details be